Iron Realms Entertainment is the world’s leading publisher and developer of MUDs. IRE was founded in 1995 by its CEO and founder, Matt Mihály, with the goal of producing high-quality MUDs (or text-based MMOs if you prefer) using a business model he pioneered - virtual goods sales.

IRE opened its first text game -- Achaea, Dreams of Divine Lands -- in 1997, following it up in 2001 with Aetolia, the Midnight Age, with Imperian, the Sundered Heavens in 2003, and Lusternia, Age of Ascension in 2004. In 2018, Iron Realms released an original Sci-fi game, Starmourn.

There’s nobody on earth who puts the kind of energy, passion, time, and resources into MUDs that we do.

You can contact IRE via email at support@ironrealms.com, or via snail mail at: 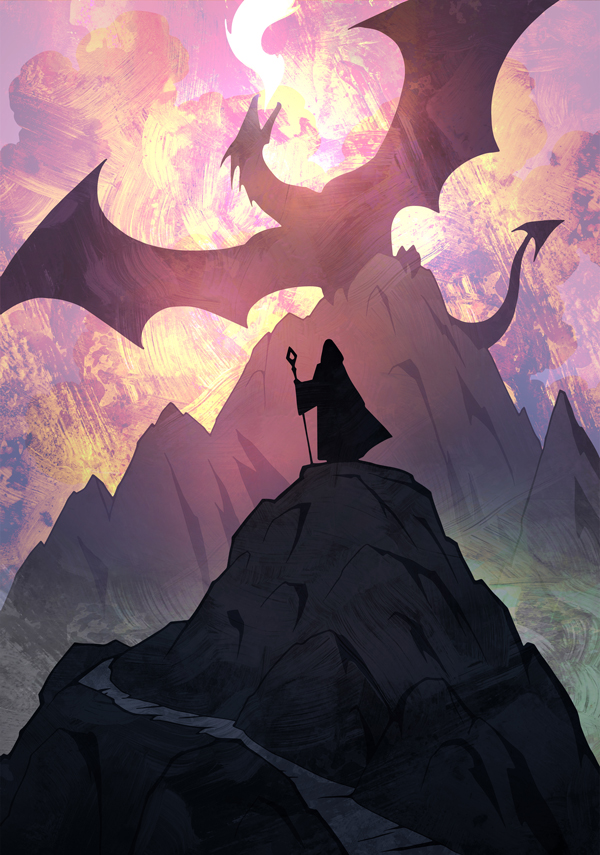 A veteran of MUDs going back to the early 90s, Matt founded Iron Realms in 1995 to build best-in-class MUDs, personally developing much of Achaea - its first MUD - where he pioneered the modern free-to-play w/ virtual goods (often called microtransactions) business model. Since then, he's overseen the release of five other Iron Realms games and led a spin-off company (Sparkplay Media) that built in-browser tech for streaming MMOs (later sold to Turner Entertainment). Matt has a degree in political science from Cornell, and in his spare time likes outdoor adventures, photography, playing with his rescue dogs, travel, reading and, of course, games of all sorts. Email: matt (-at-) ironrealms (-dot-) com

Jeremy's association with Iron Realms started as a player of the text adventure game Achaea before serving as a volunteer. He was eventually chosen to launch Iron Realms's third MUD - Imperian - as its Producer and served as Executive Producer for Iron Realms before moving into his current role as President. Prior to working for IRE, Jeremy was an entrepreneur in the martial arts industry, and occasionally fought professionally in UFC-style bouts. Email: jeremy (-at-) ironrealms (-dot-) com

Gaining notoriety for being one of Achaea's premier combatants, Charlie took the next step and began working for Achaea as a programmer in 2013. He puts his vast combat knowledge and his BA in Computer Science from Essex University to good use expanding and improving all aspects of Iron Realms flagship game. Email: makarios (-at-) achaea (-dot-) com

Nicola started out as a player in Achaea in 2009, a total newbie to gaming and MUDs in general. She soon threw herself into all aspects of the game including writing, roleplay, combat, and also helped out for some years as one of the Achaea's Guides. In 2014 she joined the team as a volunteer and was quickly diving into events and lore creation, it wasn't too long before she became an Assistant Producer. In May of 2016, Nicola and Charlie Russell combined their complementary talents and stepped up as a team to take on the roles of Co-Producers for Achaea. Email: nicola (-at-) achaea (-dot-) com

With over a decade of MUD experience under his belt as a player, content creator, and administrator, Sam Kendall came to Iron Realms in February 2017 and operates out of the UK. Acting as Achaea's Head Builder, Sam delights in the development of expansive new landscapes, mind-boggling puzzles, and fiendishly challenging denizens, ensuring that Achaea's immense and vibrant world grows ever more engaging with each new addition to the map! Email: ictinus (-at-) achaea (-dot-) com

Michael's first adventure in Aetolia began in early 2003. After years of battling his fellow players and causing a great deal of havoc, he transitioned to a volunteer role in 2008, eventually becoming the Assistant Producer of Aetolia. In late 2012, he assumed the role of Producer. Michael is from New Zealand, and has studied computer science at the University of Otago. Email: razmael (-at-) aetolia (-dot-) com

Hailing from Western Australia, Luke began his journey with Aetolia back in 2003 as fledgling player interested in PvP. After experiencing much of what was on offer, he transtitioned into a volunteer role in 2009 as a supporting programmer and designer for the game, and in 2015 became an official member of the Aetolian staff. Luke is a certified IT administrator and a self-taught programmer of various languages. Email: keroc (-at-) aetolia (-dot-) com

Louis' first MUD experience began in 2009 with Aetolia, where in 2017, he became a volunteer coder. In real life, he is a system administrator and a certified network administrator. Although he studied computer science, his interest in programming began many years earlier. Originally from Quebec, Canada, he now lives in Arizona. Contact skuf (-at-) imperian (-dot-) com

Paul has been involved with Iron Realms games since the early 2000s, and first started volunteering with Aetolia in 2003 as a coder. After a few years with Aetolia he almost jumped to Lusternia but instead switched to coding for Tears of Polaris. When that didn’t pan out, he took a few years off before joining the Imperian team where he currently lurks in the background.

Mike started out playing Lusternia in 2008 and quickly learned and adapted to become one of the top combatants in the Basin. He joined the team as a volunteer coder and got involved in various reworks and coding projects before stepping up in 2018 as an Asst Producer and taking over in Oct 2019 as Co-producer of Lusternia. Art credit to Gurashi of Lusternia.

Kim lives in the UK and their background is in writing, editing, and cultural management. They have a masters in Creative Writing for Children and Young Adults, and in the past have managed a historic house museum, been a university lecturer, taught creative writing, managed overnight ghost hunting events, worked as a painter and decorator, worked for one of the biggest concert promoters in the UK, been a literal RL storyteller for under 5s and their adults, as well as allll the obligatory bar, shop and admin work. They have a lot of creative energy to detonate all over Starmourn all of the time, as they have been doing since they started as a storyteller in March 2020, hell... since they started playing Starmourn a year before that

Living in Slovakia, Europe, Tomas has a degree in Computer Science. Having played the Iron Realms text games for several years, he became a volunteer programmer for the Imperian game in 2009, and was hired in 2010 to work on various existing and new projects for Iron Realms. Email: tomas (-at-) ironrealms (-dot-) com

You can find out more about which cookies we are using or switch them off in settings.

This website uses cookies so that we can provide you with the best user experience possible. Cookie information is stored in your browser and performs functions such as recognising you when you return to our website and helping our team to understand which sections of the website you find most interesting and useful.

Strictly Necessary Cookie should be enabled at all times so that we can save your preferences for cookie settings.

If you disable this cookie, we will not be able to save your preferences. This means that every time you visit this website you will need to enable or disable cookies again.